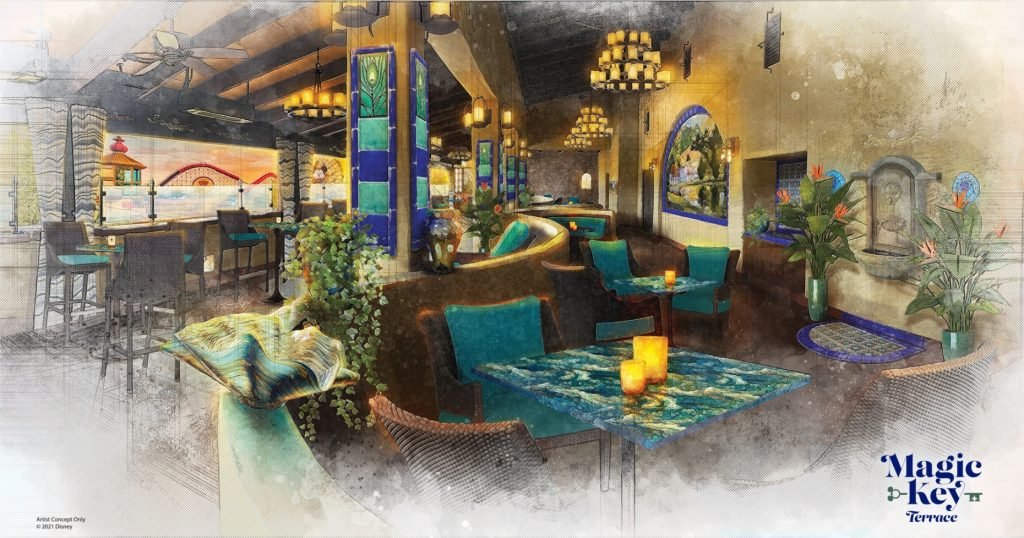 A Passholder Lounge, Parades Returning, and Minnie in a Pantsuit? This Week’s Disney News

A Passholder Lounge, Parades Returning, and Minnie in a Pantsuit? This Week’s Disney News

Catch up on the latest in Disney theme parks

It’s been another fun week for Disney theme parks, and we’re thrilled about the pixie-dusted updates we have to share! From the scoop on Disneyland’s exclusive new Club 33-style lounge for Magic Key holders to a new, modern look coming soon for our girl Minnie Mouse, we’ve got all the latest Disney news right here on Perfecting the Magic.

Exclusive Lounge at Disneyland Gets a Whole New Vibe

Perhaps the biggest Disneyland news this week is an amazing update for Magic Key holders. Disneyland Resort Annual Passholders have had their exclusive lounge for quite some time, but it’s about to get a significant upgrade.

Disney revealed this week via the OC Register that Magic Key Terrace in Disney California Adventure will soon transform into a “Club 33-style hangout,” a “hidden, private, exclusive, members-only, second-story hangout” not unlike the famous New Orleans Square spot. The lounge will stay open throughout the renovations, but we’re certainly excited for the new additions, including new furniture, decor, and an Imagineer-crafted backstory.

We don’t know about you, but we’re pretty stoked about getting just a bit closer to emulating that Club 33 lifestyle. A Disney fan can dream, right?

Festival of Fantasy Parade and Other Entertainment Head to Magic Kingdom

In Walt Disney World news, we’ve learned that a ton of entertainment is heading to Magic Kingdom — including a fan-favorite parade and a beloved character making his debut at the park!

After a very long hiatus, Disney’s Festival of Fantasy Parade is returning to Magic Kingdom on March 9, giving the park’s daytime guests even more entertainment to enjoy. Fans of this parade (and those who love Magic Kingdom in general!) have been waiting for it to return to Walt Disney World, so this news is undoubtedly being celebrated.

In addition to that, a new cavalcade is coming to the park! Miguel from “Coco” is making his Magic Kingdom debut! The brand-new Disney Adventure Friends Cavalcade will kick off February 11 and feature Disney friends from various films, like Moana, Merida, Judy Hopps, Baloo, and more.

BRB, we’re heading to Magic Kingdom! Meet us there?

Is Minnie Mouse our new feminist icon? We certainly hope so!

Our favorite fashionista is getting a whole new look in honor of the 30th anniversary of Disneyland Paris — and she’ll be wearing pants for the first time in history. PEOPLE announced this week that Minnie Mouse will debut a polka-dotted pantsuit as a modern twist on her signature style.

“Designed by Stella McCartney, Minnie’s new look will consist of blue trousers and a matching blazer adorned with black polka dots, and of course, a matching bow,” PEOPLE reports.

Minnie hasn’t yet debuted her new fit in the parks (and so far, this is only happening at Disneyland Paris, not in the U.S. theme parks), but we’ll be sure to share pics as soon as they’re released. We can’t wait to see what McCartney has designed for the always fashionable Minnie Mouse.

Want to Meet Mickey? How to Spend Less Time in Line

There’s a new way to plan character meet and greets at Walt Disney World! Well, sort of. Here’s what we mean.

Character meet and greets have slowly returned to the Disney theme parks after being suspended amid the pandemic. You still can’t get hugs or autographs from the characters, but you can get individualized interactions, which we know so many guests look forward to when visiting Walt Disney World!

Disney has added a few character meet and greets to Disney Genie+, similar to when they were available through FastPass+ pre-pandemic. You can still wait in the standby line to meet the characters — that isn’t going away! — but, if you purchase Genie+ for the day or even for your whole vacation, you can now use the skip-the-line capability in the My Disney Experience app and plan your day around meeting your Disney friends. Read more from AllEars here.

Get Daily Updates on TikTok

We’re huge theme park fans (can’t you tell?), so follow us on TikTok for daily updates on the latest Disney news. We promise to deliver magic, realness, and a whole lot of fun straight to your feed.

We shared even more news on TikTok yesterday — take a look below!