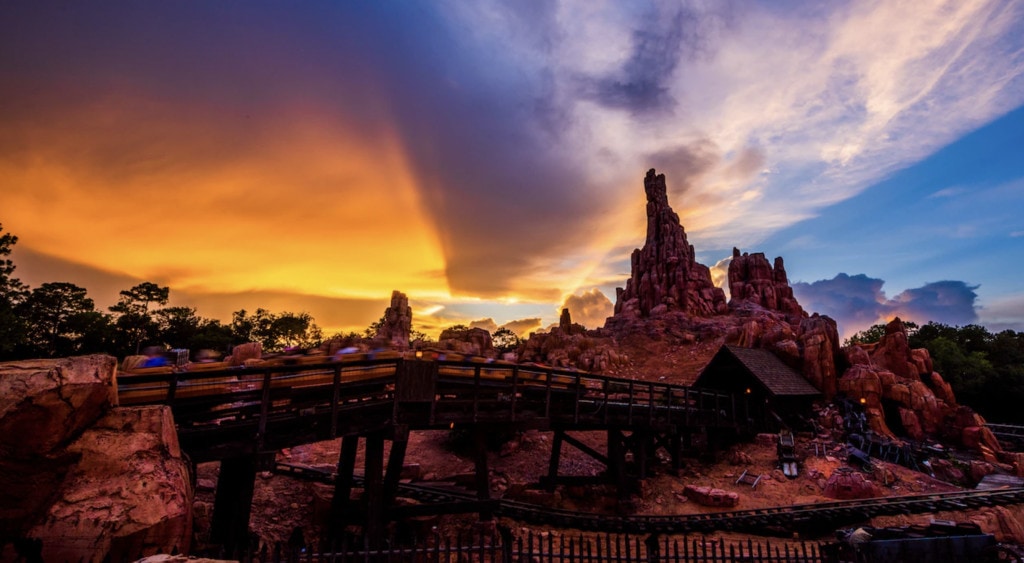 Buckle up for some wild Disney news.

Howdy partners! This week here’s the wildest ride in the wilderness!

This may be a news article, but it might as well be Big Thunder Mountain Railroad, because it’s a roller coaster! We’ve been on quite the ride in 2021, and in the past week, Disney dropped major updates for both Disneyland and Walt Disney World. So buckle up and keep reading. We’ve got the scoop!

More Live Entertainment is Returning to the Theme Parks

Live shows are some of our favorite things that Disney has to offer at the theme parks, and they’re something we’ve been missing since Disneyland and Walt Disney World reopened. (Where are all our Fantasmic! fans at?!). But, we finally have some pixie dust coming our way.

Disney announced last weekend that several live entertainment offerings are for sure returning to the Disney World and Disneyland theme parks in 2022.

Here’s what we’re excited to see:

+Plus so much more!

Would You Wait 3+ Hours for Rise of the Resistance?

And just like that, Star Wars: Rise of the Resistance on both coasts (fondly called Batuu East and Batuu West) is offering a standby queue. Disney’s Hollywood Studios introduced a standby queue for the attraction back in late September, while Disneyland just began offering standby this week.

Most of us fans can agree that this Star Wars ride is epic (and many deem it the best ride the theme parks have to offer). But would you wait three hours or more to experience it?

Well, that’s what many guests did on Monday morning. The rope drop crowds were undoubtedly wild, and the standby line stretched all the way into Frontierland across from The Golden Horseshoe, just a few steps away from the entrance to Pirates of the Caribbean in Adventureland. It’s clear that even without a virtual queue, Star Wars: Rise of the Resistance is the most popular ride in Disneyland!

Our best tip? Wait to ride until late afternoon. From what we can tell so far this week — just like over at Walt Disney World — Rise of the Resistance attractions get the most crowds during the morning hours when Disneyland guests rush to Galaxy’s Edge to ride it. We recommend waiting until later in the day and checking the Disneyland app for a lower wait time. If it ever dips to 60 minutes or lower, that’s probably your best bet!

If you’re already an Annual Passholder at Walt Disney World Resort, don’t take that status for granted. As of this week, Disney World has paused the sale of most new Annual Passes (besides the lowest-tier pass, the Pixie Dust Pass, only available for Florida residents) indefinitely. This update comes only a few weeks before Christmas during the height of the holiday season at the Disney theme parks. Check the official website for updates.

A similar situation is happening with Annual Passes over on the West Coast at Disneyland Resort. At this time, if you want to buy a Magic Key Pass, the Enchant Key is the only option (though if you’re a Southern California resident, you can buy the Imagine Key). This is reflected on the Disneyland website here.

We never want to take the Disney parks for granted. They’re our happy place! And ever since the unforeseen closures in 2020, we have been embracing every ounce of Disney we’ve gotten back. But not everything is forever, and Disney can continue to pause (as well as resume) the sale of new Annual Passes as they see fit. Many have asked why this happened, and from our point of view, all signs point to a busy holiday season. It’s the busiest time of the year, indeed!

“This Holiday Season, the Best Gifts Come with a Bow”

Just as Disney promised, more characters continue to appear at Avengers Campus as the Marvel Multiverse expands. We’ve seen some pretty epic heroes, from Sam Wilson as Captain America to Shang-Chi to the Eternals, arrive at the Campus as more MCU shows and films debut in theaters and on Disney+. And now, we’re totally stoked to see Clint Barton and Kate Bishop at the superhero-themed land in Disney California Adventure!

Follow Perfecting the Magic on TikTok for real-time Disney updates, tips, and tricks!