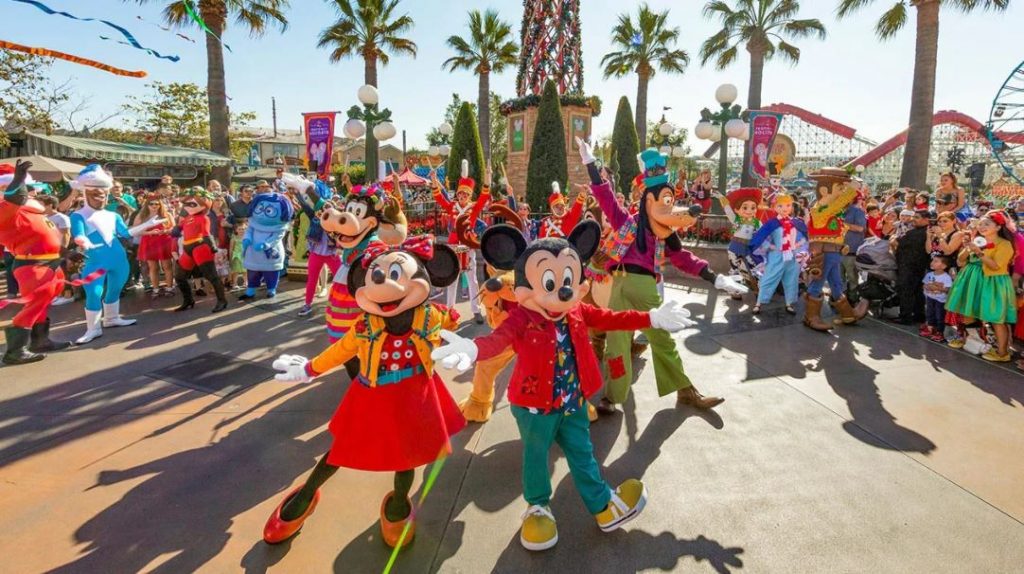 Everything You Need to Know About Festival of Holidays

Everything You Need to Know About Festival of Holidays

Let’s take a closer look at Festival of Holidays in 2021, from the food and entertainment to the holidays represented.

Disney California Adventure is known for hosting exceptional seasonal events, and Festival of Holidays is no different. From Lunar New Year to Dia de Los Muertos to Festival of Holidays, Disney California Adventure’s cultural celebrations show Disneyland Resort’s commitment to diversity and representation. And each year, these events continue to get even better and offer even more experiences.

Let’s take a closer look at Festival of Holidays in 2021, from the food and entertainment to the holidays represented.

What is Festival of Holidays?

From November 12, 2021, through January 9, 2022, Disneyland Resort is hosting the Festival of Holidays at Disney California Adventure, an annual celebration of diverse cultures and the holidays they cherish.

Disney acknowledges multiple holidays and cultural celebrations during the Festival of Holidays event every year:

As Disney describes, Festival of Holidays allows guests to “discover the sights, sounds, and tastes of a diverse season of celebrations” through food, entertainment, decorations, and more.

As with the other seasonal events at Disney California Adventure (and other Disney theme parks, such as EPCOT at Walt Disney World Resort), food is a massive part of Festival of Holidays.

The Festive Foods Marketplace features eight kiosks serving a variety of food and beverage options. From alcoholic to nonalcoholic drinks and sweet to savory dishes, there’s something for everyone. Plus, many of the food offerings are inspired by those of other cultures. For example, you’ll find Reuben Potato Tots with Russian dressing and rye toast crumble at one booth, Chana Masala with grilled naan at another, and even Esquites Carnitas Mac & Cheese at another.

In a blog post, Disney shares that the theme park’s chefs drew on inspiration from their own unique stories and traditions to create many of the menus for the event, making it even more special.

Guests can even purchase a Sip & Savor Pass with tabs that are redeemable for select food and nonalcoholic beverages throughout the festival. Read the full festival food lineup here.

Perhaps one of the best elements of this annual festival is the uplifting entertainment. Of course, the theme park features popular Disney characters like Mickey Mouse and annual traditions like the Holiday Toy Drummers, but other performers are also showcased. Mostly Kosher honors Hanukkah, Blue13 Dance Company celebrates Diwali, The Mistletoes! celebrate Kwanzaa, and other groups add their flair to classic holiday music.

Below is Disney’s complete list of the featured entertainment:

Encanto is a wonderful addition to this year’s lineup. The film (in theaters November 24) tells the story of the Madrigal family, who live hidden in the mountains of Colombia in a charming (and charmed with magic!) place called the Encanto. In honor of the newest Walt Disney Animation Studios film, guests can meet Mirabel (the main character in Encanto) all season long. Hopefully, Mirabel’s presence in the theme park is permanent, just like other Latinx characters like Miguel from the Pixar Animation Studios film Coco and Elena from the Disney TV series Elena of Avalor.

Also part of the holiday festivities is Disney ¡Viva Navidad!, which “celebrates the holidays with an amazing street party hosted by José Carioca, Panchito, and Donald Duck, complete with Mexican folklórico dancers and mariachis, Brazilian samba dancers and percussionists, giant mojiganga puppets, and Mickey Mouse and Minnie Mouse in their fiesta best,” per  Disney Parks Blog.

The ¡Viva Navidad! and Three Kings Day celebrations have a considerable presence at Disney California Adventure every year — read more on the official website  here.

Importance of Festival of Holidays

Appreciation, not appropriation. That is what makes the seasonal events at Disney California Adventure so important. During each event, Disney makes an effort to bring cultural representation to the theme park in enriching, enjoyable, and educational ways. The festival also allows guests to feel represented in the theme park and see their traditions celebrated and appreciated in a meaningful way.

Hopefully, attendees come away from the event — after trying the food, experiencing diverse entertainment, and more — with an appreciation for cultures beyond just their own.

What Disney Should Add

While the event features a variety of cultural celebrations, the other holidays seem to be overshadowed by Christmas. It would be great if the Festival of Holidays showed Disney’s commitment to diversity in a more prominent way, such as expanding the dining options. We’re sure guests would appreciate being able to feast on even more foods that honor Diwali, Kwanzaa, and Hanukkah, in addition to the few already on the menu.

It would also be great to see other Disney characters added to the meet and greet lineup in honor of the holiday season. Over the years, Disney’s seasonal festivals — from Festival of Holidays to Lunar New Year to Dia de Los Muertos — have brought more representation to the theme parks. It would be wonderful to see this continue with the addition of more diverse character meet and greets. For example, we’d love to see Mira (from the  Disney Junior series Mira Royal Detective) greet guests in the park in celebration of Diwali.

We’ll continue to enjoy Festival of Holidays and encourage everyone to visit Disney California Adventure to experience this delightful event this season. The more we attend events like these, the more likely they will continue and get better year after year! 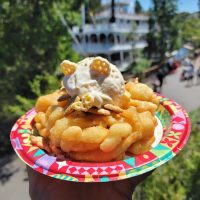