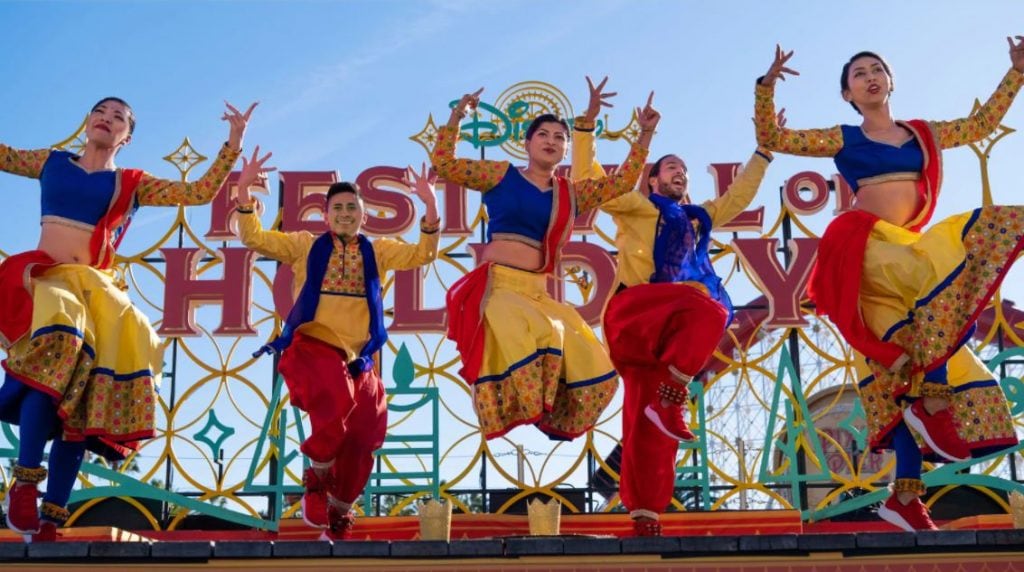 Disney Parks News Roundup: Here’s What You Missed This Week

Disney Parks News Roundup: Here’s What You Missed This Week

Read all the essential Disney theme park news right here on Perfecting the Magic before you head to The Happiest Place on Earth.

Need to catch up on Disney theme park news before your upcoming trip? We’ve got you covered. Perfecting the Magic has a new roundup of all the Disney parks updates you need to know, from Disneyland Resort in California to Walt Disney World Resort in Florida.

Keep reading for the latest scoop, and follow us on TikTok for more tips and tricks.

Disney has officially released several foodie guides and holiday menus for the theme parks coast to coast. We highly recommend checking these out to learn all about where you can find your favorite holiday treats and eats all throughout the theme parks, hotels, and more. Follow the links below for more details on the food and drink offerings you’ll find at Disneyland Resort and Walt Disney World Resort.

Speaking of the holiday season, we have some very merry news for you, if you’re thinking of heading to Walt Disney World this year. Tickets are still available for Disney Very Merriest After Hours at Magic Kingdom. In fact, only a few nights have sold out, and most nights from November through December are still available! Click here to purchase tickets so you can experience this new Christmas event at Disney World.

We have two major updates for Avengers Campus, the superhero-themed land at Disney California Adventure.

Ahead of the rollout of Disney Genie+ at Disneyland Resort, Disney is testing a standby queue offering for WEB-SLINGERS: A Spider-Man Adventure. Now, on most days at Disney California Adventure, the Spider-Man attraction will operate with a standby queue instead of a virtual queue.

Disney can still decide to put the virtual queue in place if needed, so be sure to always check the official Disneyland app for operational updates on all your favorite attractions before you arrive at the theme park. The attraction’s official webpage states that you may need to join a virtual queue during your visit, and, if a virtual queue is activated, you will need to be in Disney California Adventure to obtain a boarding group.

Also, note that WEB-SLINGERS will be an individual Lightning Lane selection available for purchase once Disney Genie+ debuts.

At this time, Star Wars: Rise of the Resistance at Star Wars: Galaxy’s Edge still uses a virtual queue (not a standby queue) at Disneyland Park. You can click here for more information on the Disneyland website.

The Eternals Arrive at Avengers Campus

Coinciding with the premiere of the Marvel Cinematic Universe film Eternals, new heroes have arrived at Avengers Campus. As of Friday, November 5, guests can encounter the legendary Sersi, Kingo, or Phastos. This is some pretty epic news as it brings a more diverse lineup of characters to the theme park. The Marvel Multiverse is expanding, and Avengers Campus continues to keep up!

An all-new race weekend is coming to Walt Disney World Resort in spring 2022, and we’ve got the scoop. You can celebrate the 50th anniversary and be a part of the very first runDisney Springtime Surprise Weekend. Disney announced that this inaugural event will feature familiar courses inspired by fan-favorite races, including Expedition Everest 5K, Race for the Taste 10K, and The Twilight Zone Tower of Terror™ 10-Miler — along with some added twists and turns.

The event dates are March 31-April 3, 2022, and registration opens in just a few weeks. Click here to bookmark the official event page so you can register ASAP!

Finally, we had to share this fun and festive update that came in late October. Disney Parks took to TikTok to tease the return of the beloved and classic Main Street Electrical Parade. So far, no details have been released (including a return date!), but we’ll share the news when it comes. For now, we leave you with the adorable video below!

Stay tuned to Perfecting the Magic as we bring you more Disney updates and share how you can navigate the theme parks in style.